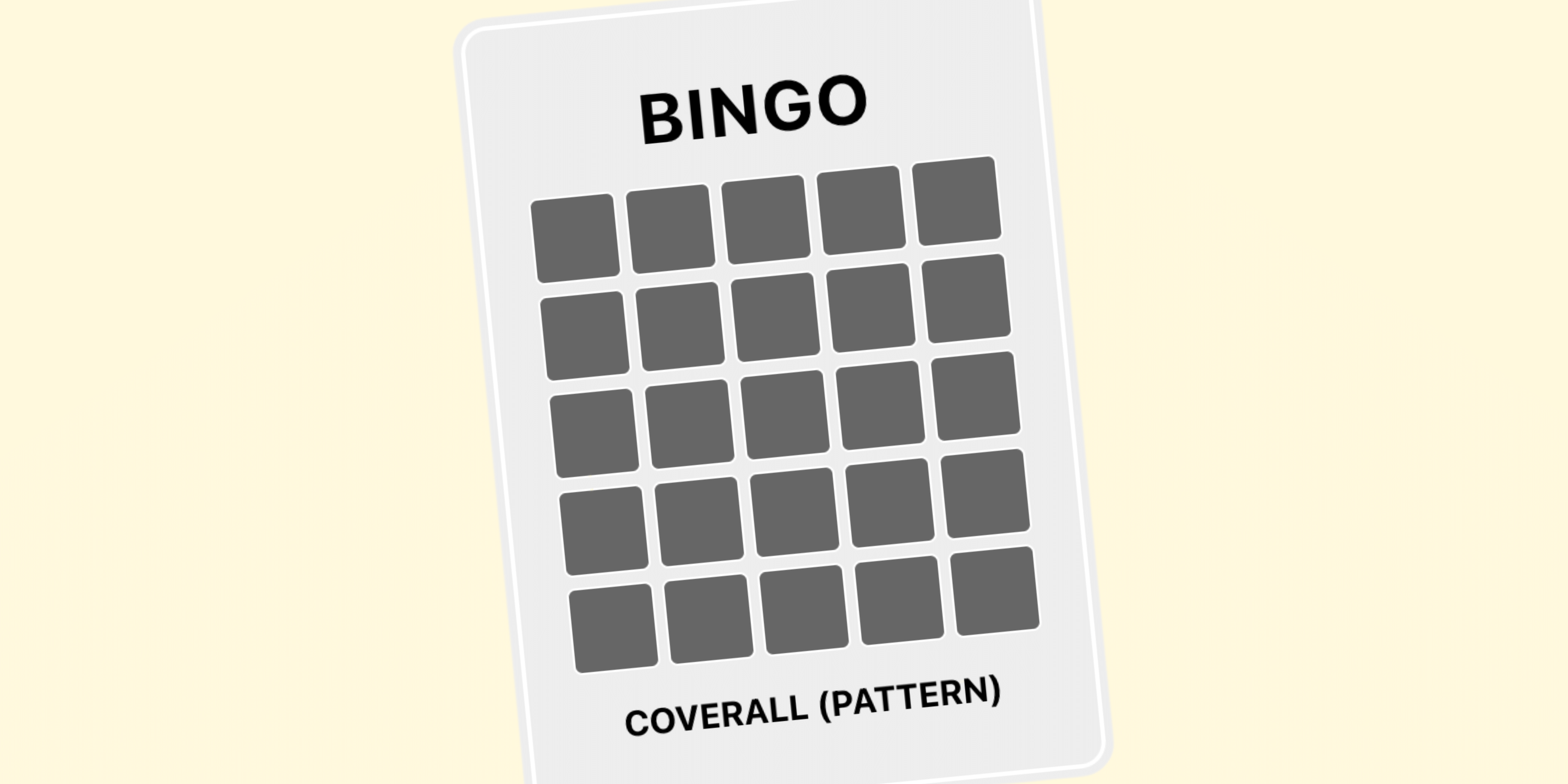 In bingo, not all patterns or shapes, or lines are big enough to bring the winner a jackpot prize. But a coverall pattern is definitely one that rewards the player with the bingo game’s jackpot prize or money. Let’s find out more about this coverall pattern that is particularly talked about in the context of the 75-ball American bingo.

The rules of getting a coverall are pretty simple. The basic rule is that the player has to be able to strike all the numbers on the card as they are being announced. Sometimes, depending on the rules of that particular game, it is indicated that a certain specified amount of numbers have to be called in order for someone to be declared the winner. The jackpot prize can be fixed or the share of a progressive jackpot, which makes the game more interesting. If two players complete coverall in bingo, both are entitled to the jackpot prize, which can be equally shared or there can be two prizes, whatever the game host decides.

Coverall is a hard-to-achieve winning bingo pattern and hence, the odds are not quite in favour of the player. On the other hand, the chances of getting a coverall decrease when there are more players in the bingo hall.

As an estimate, in American bingo, the player has a 4% chance of getting a coverall on the 73rd call in a game with 25 players and just a 2% chance with the number of players increased to 50.

Even though the probability of getting a coverall is low, the payout is worth trying to achieve a coverall. A coverall pattern promises the jackpot for the player, the amount of which depends on how much has been allotted as the jackpot in that particular game. The jackpot is often a progressive one, carried forward in the next few sessions of the game. So jackpot amounts increase more and more over time until a winner gets the prize and restarts the counter.

The coverall pattern typically looks like a thoroughly spotted card where every number is marked in black by the player. The card has literally nothing left to be marked as such, much like how it is shown below:

Here are some of the common questions about coverall in bingo answered in brief:

What is a coverall in bingo?

A coverall in bingo is when all the numbers on the bingo card have been covered or marked off by the player. Coverall is the term used in the context of the 75-ball US bingo game.

Is a coverall the same as a bingo blackout?

Yes, a coverall is the same as a bingo blackout in which all the numbers on the card are spotted and hence, nothing is left to be marked.

Is a coverall the same as a full house in bingo?

Coverall and full house mean the same and that is marking off all the numbers on the card as they are being announced. A full house is the term used for the 90-ball British bingo while coverall or blackout is applied for the US bingo variant.

How hard is it to get a coverall pattern?

Yes, bingo coveralls do trigger jackpots, which can be a fixed or a progressive one, depending on the rules of that particular game session.

Thus, coverall in bingo, no matter how hard to achieve, is definitely worth aiming at by players.