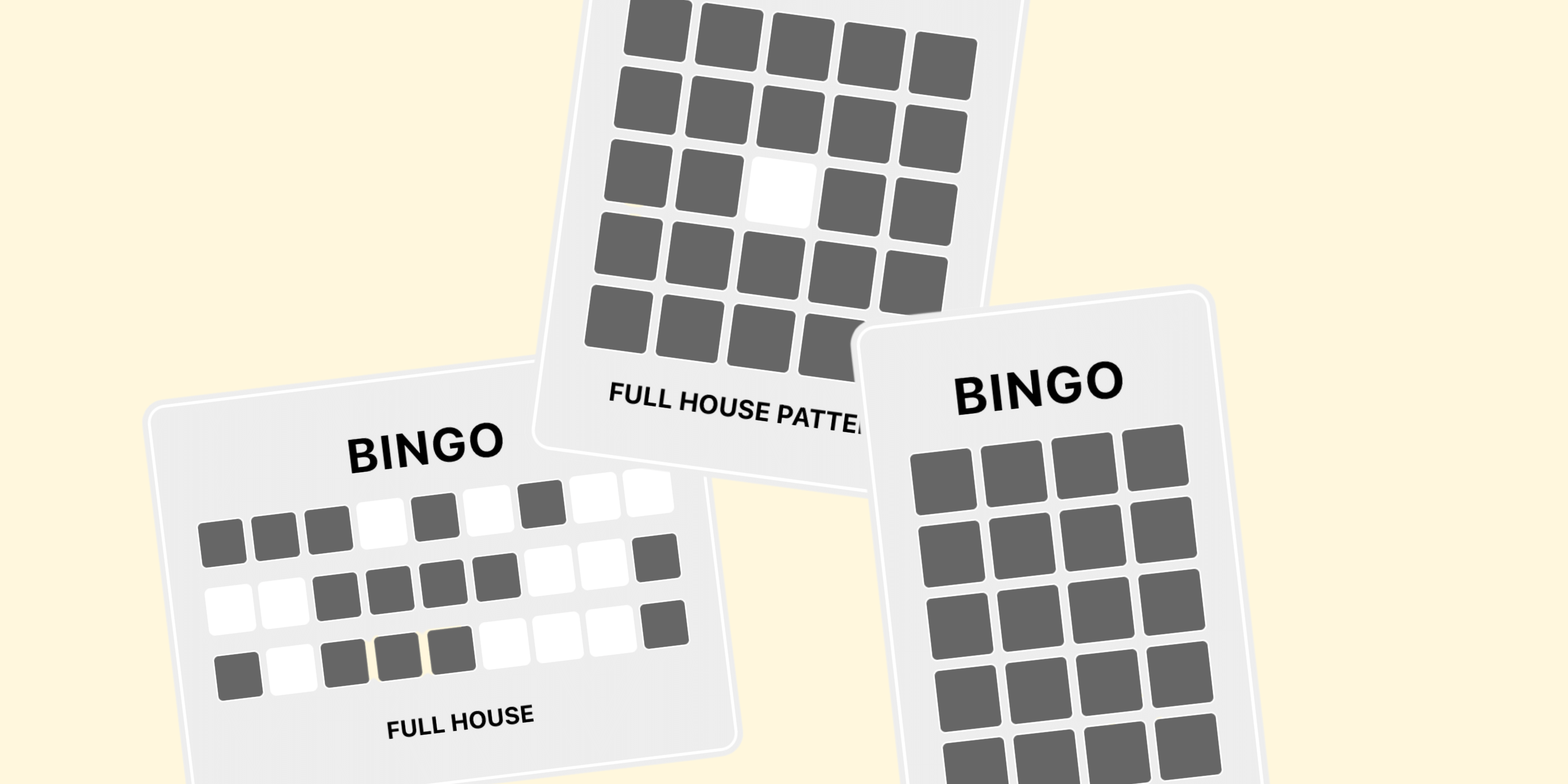 While most of the bingo line patterns, letters, etc. bring considerable prizes for the player, it is ultimately the full house that offers the jackpot. But what is this full house and what are the chances of a player getting all numbers covered on a bingo ticket? Let’s understand in detail.

What Is a Full House In Bingo?

The 90-ball bingo ticket has 3 rows and 9 columns with 15 random numbers placed across the ticket. Basically, each of the rows contains 5 numbers and 4 blank spaces. A full house is when all these 15 numbers are covered or marked. Now, the tickets in 90-ball bingo are sold in strips of six tickets so that the numbers 1-90 appear once on these tickets. This makes it possible for the player to put a spot on the numbers on their six-strip tickets as the numbers are being announced. In the 90-ball bingo, when the player completes a full house, he is awarded the share of a fixed or a progressive jackpot, which is further divided equally between all the winners who get a full house.

The 75-ball bingo or the American bingo card structure differs from that of the 90-ball bingo. In the US bingo, there are 5 rows and 5 columns with 24 numbers and 1 blank or free space in the middle. Covering the full house would require the player to strike off all these 24 numbers. The full house is also referred to as blackout or coverall in the context of US bingo. The blackout or full house patterns are common in these bingo games with progressive jackpots where players get prizes when they mark off all the numbers on the ticket within a predetermined number of balls.

Probability of Getting a Full House

The probability of a full house also increases when fewer numbers are left to be called. As an estimation, in the 75-ball American bingo, it takes approximately 73 balls to strike off all the ticket numbers. The odd of achieving a full house in the UK bingo on the 73rd call is just 3.17%.

Here are some of the common questions about the Full House patterns answered in brief.

How to get a full house in bingo?

To get a full house in bingo, the players must cover or mark all the numbers on the bingo card.

A bingo full house looks like all the numbers have been spotted and marked and there are no remaining numbers that are unmarked on the bingo ticket or card.

How much does a bingo full house payout?

A full house in bingo offers a jackpot for the player. This can be a fixed jackpot or the share of a progressive jackpot.

How hard is it to get a full house in a bingo game?

So, a full house is hard to achieve but a rewarding pattern to aim at in any bingo variant. Some quicker bingo styles with fewer balls even have the full house as the only winning pattern.