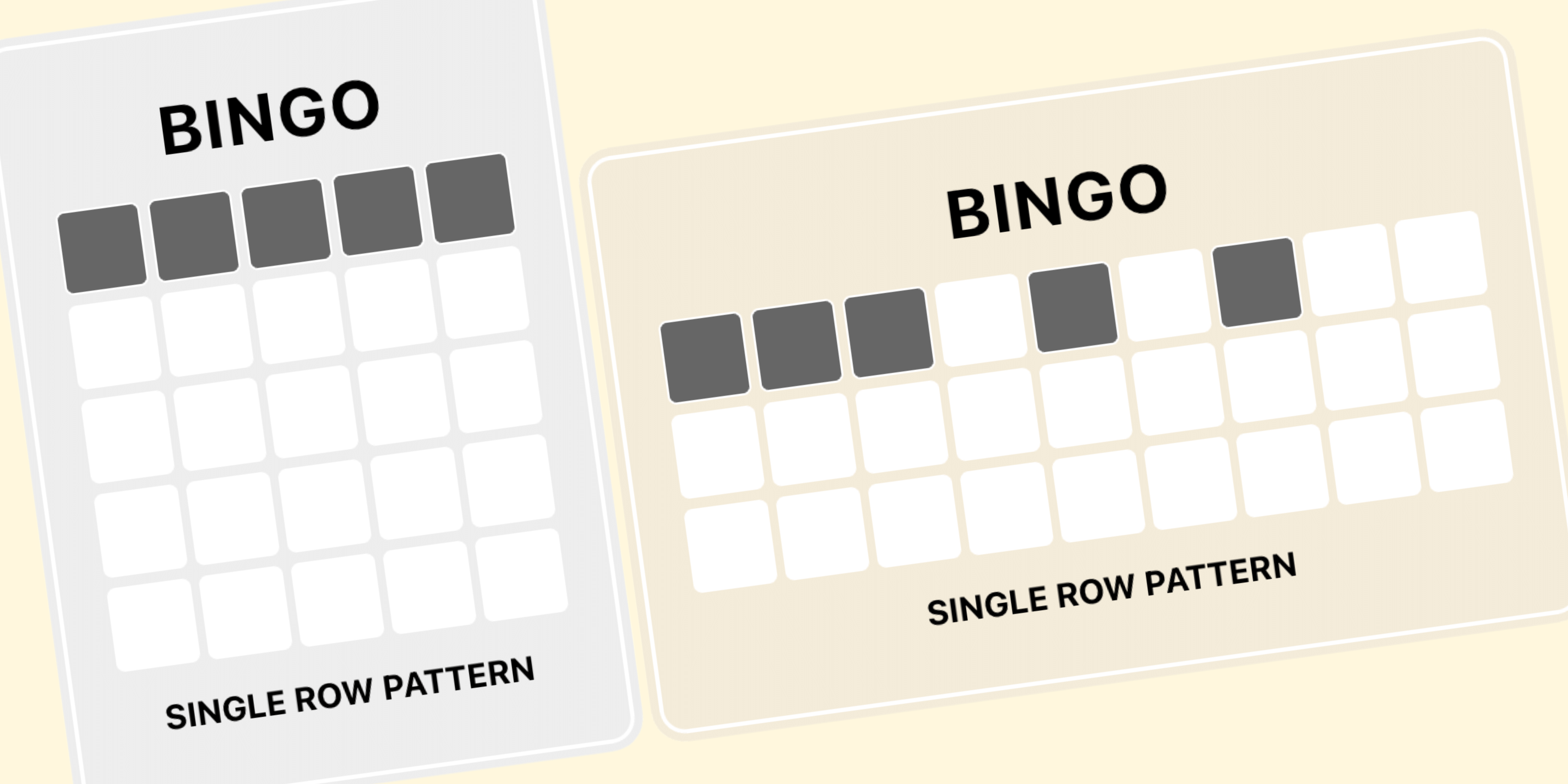 A horizontal bingo line is a single-line winning pattern in bingo. Single lines are the most original patterns in bingo and drawing a horizontal line can happen rather fast and easy for most players. A horizontal line is considered a winning line in most bingo variants, including the 90-ball UK bingo, the 75-ball US bingo, the 80-ball bingo, and many others.

What Is a Horizontal Pattern In Bingo

A horizontal line means covering all the 5 numbers appearing side by side from one end of the card to the other, in the 75-ball bingo card. Now, this line can be the topmost row, the one in the middle or the row lying at the very bottom of the card. Basically, in US bingo, there are scopes for completing as many as 5 rows one by one. Usually, the player can complete a single row first, declare bingo, get the prize and then aim at striking off the numbers on the other rows. Covering each of the single row or single horizontal line patterns is prize-worthy in the game.

Also, free spaces are counted in a horizontal line winning pattern in bingo. However, if the player is able to complete a line with no blank space in between the numbers, it is called a single-line the hard way and the prize money can also be a bit more, depending on how the rules of the game have been shaped to make the sessions more exciting.

Here are some of the most common questions about horizontal line patterns in bingo, answered in brief:

The horizontal bingo pattern appears in the form of a single straight line from one end of the bingo card to the other end of the same. In the UK bingo, how many numbers are covered to draw a horizontal line will depend on the placement of the numbers on the bingo ticket. In US bingo, on the other hand, there are possibilities of 5 single horizontal lines to be drawn by the player, covering 5 numbers placed along the line.

Is a single row the easiest winning pattern in bingo?

Yes, completing a horizontal line implies completing a single row and it is indeed the easiest winning pattern in bingo.

Does the free space count in a horizontal line?

Yes, free spaces do count in making a winning horizontal line pattern in bingo. Lines that are filled with numbers without any free space are referred to as single-line, the hard way.

Is a single row enough to win a game of bingo?

Single row wins are considered valid and worthy of certain prizes/money in both UK and US bingo variants. By covering a horizontal line or a single row, a bingo player can win the prize, allotted for a single row. In some games, multiple rows are preferred to make the session longer and even more interesting.

Horizontal line patterns have been and continue to be the quickest way of winning a prize in bingo.