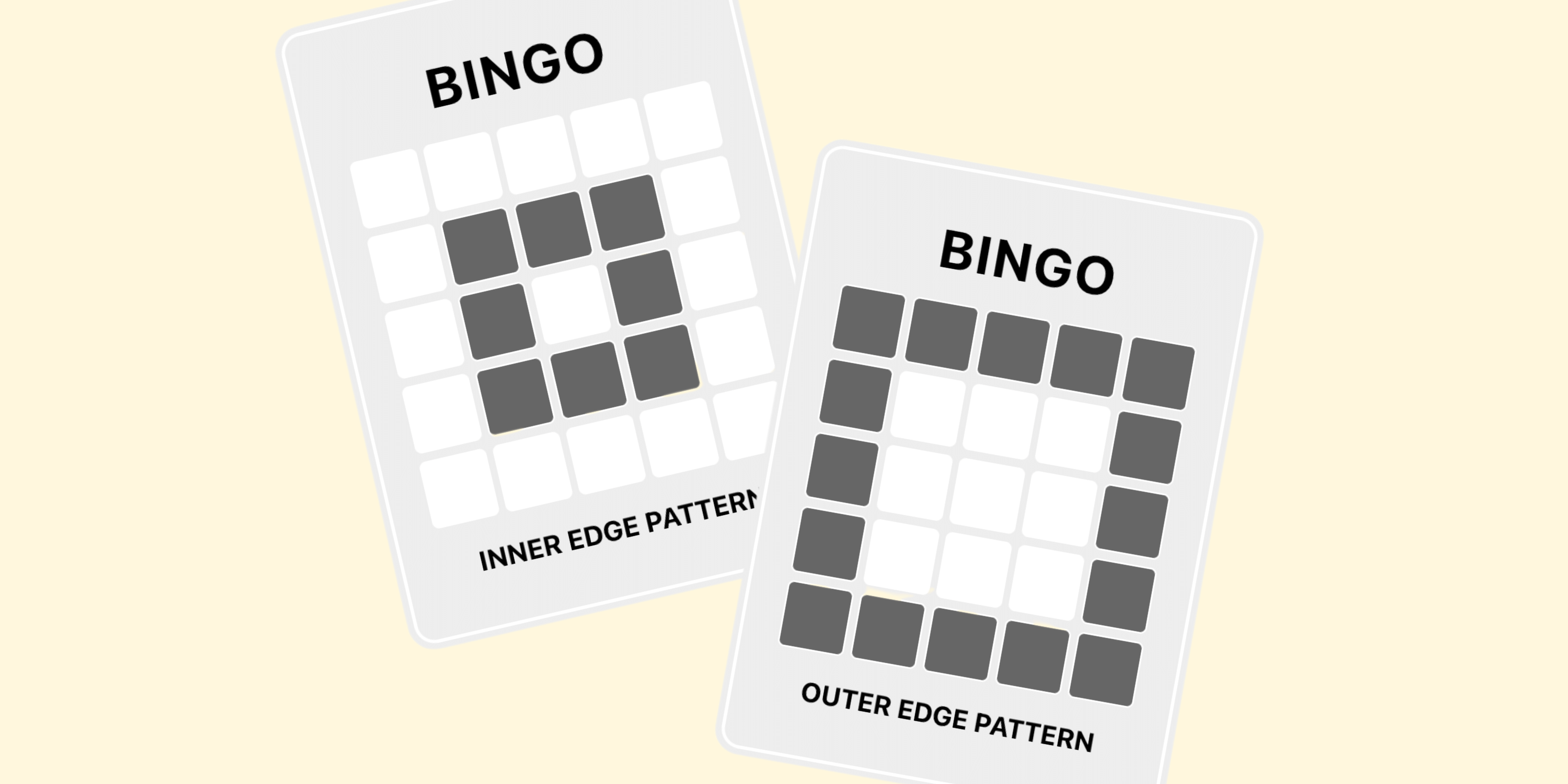 Bingo patterns are extremely popular and it is the excitement of drawing and creating certain patterns on the bingo card that makes the game so appealing for the players. The edge pattern also referred to as the frame pattern, is a difficult to make but a fun pattern that offers substantial prizes/money to the winner.

The edge pattern is applicable for the 75-ball bingo game where the bingo card has the edges. So, the pattern requires the player to mark off all the numbers across the edges of the square-shaped bingo card. The frame pattern, as the name suggests, appears in the form of a square frame. Basically, 16 numbers are required to be covered in order to create an outer edge pattern and just 8 numbers have to be marked to create an inner frame pattern on a 75-ball bingo card.

The outer frame pattern in bingo appears in the shape of a square just outlining the card. To get an outer frame pattern, the player needs to mark off the numbers appearing in the outermost frame of the card. So, basically, the topmost and the bottom-most horizontal lines and the rightmost and leftmost vertical lines are covered. A total of 16 numbers have be to marked with 4 numbers overlapping between the two rows and two columns for the player to be able to make an outer frame winning pattern.

Although players do not need to mark many numbers to create patterns in bingo, forming the shape has fewer probabilities and odds for the player. Usually, most bingo sites as well as the game when played in bingo halls, offer a higher payout to the player, as compared to the payouts for single-line patterns.

No, the edge or frame patterns do not exist in the 90-ball British bingo. This is because the UK bingo variant comes with a ticket that has 3 rows and 9 columns with 15 numbers placed across the spaces and about 12 blank spaces.  As such, there are no filled edges for the player to cover. Due to the lack of well-defined corners, the British bingo does not have edge or frame patterns.

Edge patterns or frame patterns are interesting ways of winning good prizes/money in a game of the 75-ball bingo variant.