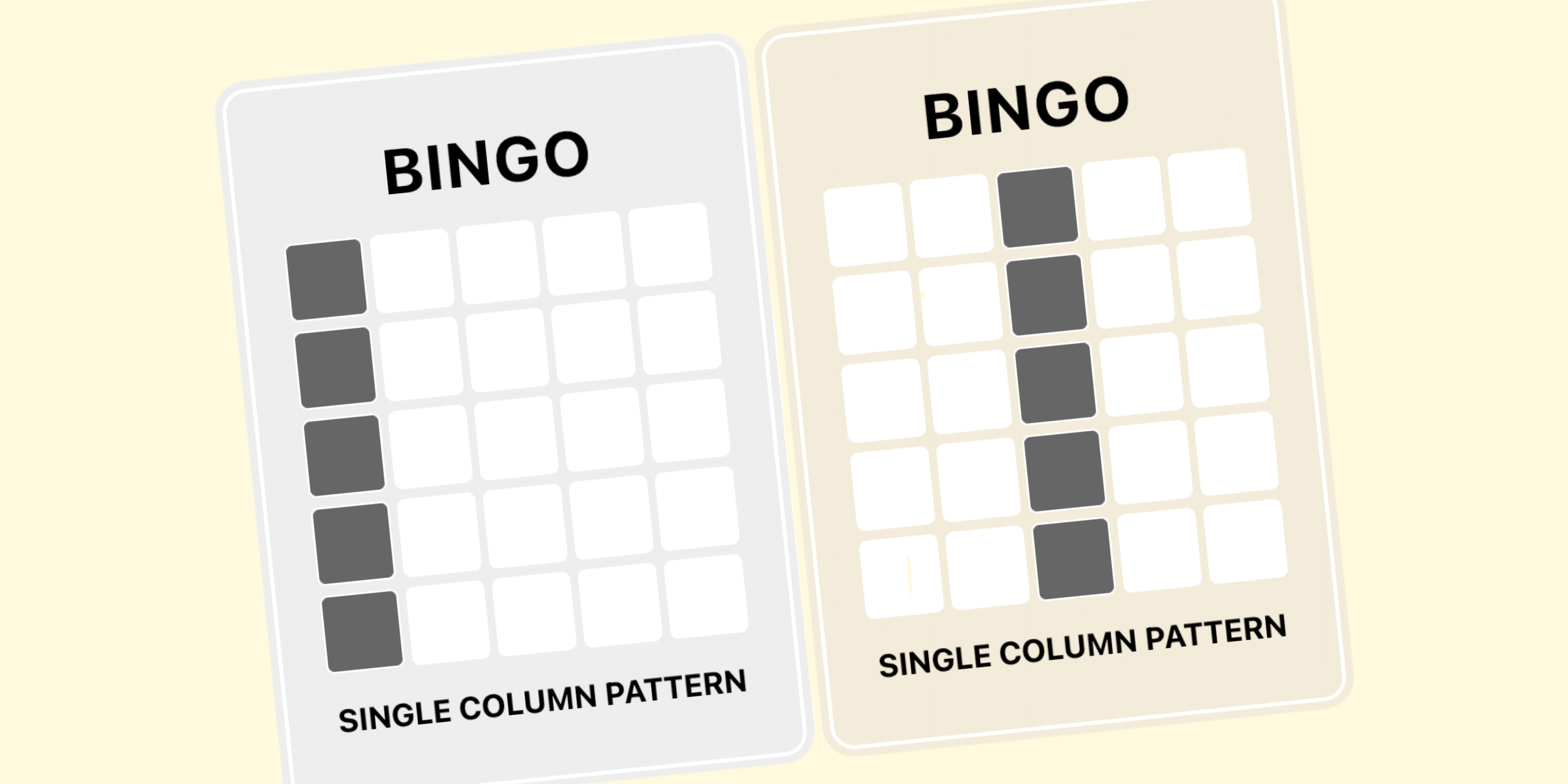 In bingo, the game of chance that it is, drawing the right patterns is the only way in which players win prizes and at times, hit the jackpot too. While there can be many patterns, lines, and full house coverall combinations to win bingo, the single line pattern is the most original and common of all and includes a single horizontal, vertical, or diagonal line.

What Is a Vertical Line Pattern In Bingo

Vertical line patterns are winning patterns in almost all the bingo game variants. In the 90-ball British bingo, there are 9 columns, and completing any column that has 2 or more numbers can be considered a win for the player. In the 75-ball US bingo, players have 5 columns to complete and when he is able to strike off the numbers on any of the columns, he ends up drawing a vertical single line winning pattern in the game.

A vertical line can be drawn in a few different ways. As a vertical single line implies a column, players get 5 options in the 75-ball US bingo as shown below. The column can either be at the farthest right-hand side or the farthest left-hand side of the bingo card. It can simultaneously be anywhere on the card as long as it is a straight vertical line from the top to the bottom of the card. These single columns are fast and easy to draw and they are very much worthy of the particular prizes allotted for the single columns. After a player completes a single vertical line or column, he can go ahead trying to complete more columns and win more prizes.

Here are some of the most common questions about vertical line patterns in bingo, answered in brief:

What does a vertical pattern look like in bingo?

A vertical line pattern looks like a single column on the bingo card or ticket. It is basically a line covering all the numbers from the top of the card to the bottom of it.

Is a single column the easiest winning pattern in bingo?

Does the free space count in a vertical bingo line?

Yes, free spaces do count in a vertical bingo line. If the player has been able to draw a vertical line pattern with a blank space in between, he will be considered as the winner of the prize, allotted for the particular pattern in the game.

Is a single column enough to win a game of bingo?

Completing a single column or a single vertical line can get the player the allotted prizes. A single column can be drawn rather easily and quickly in most bingo variants for winning.

Thus, vertical line patterns are basic but offer easy and quick ways of winning prizes and money in a game of bingo.