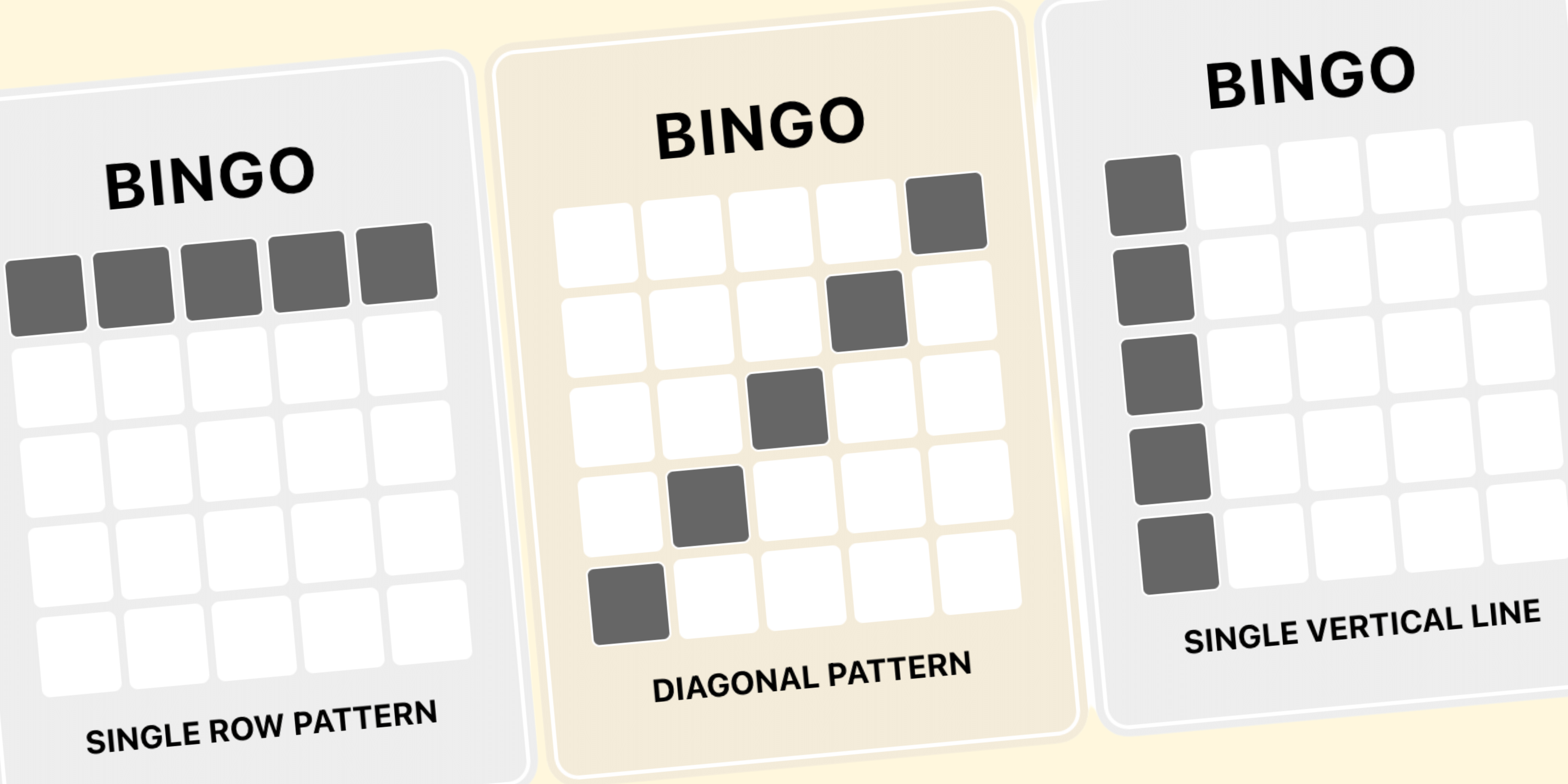 Bingo is an exciting game that is played in most parts of the world. The game is quick and fun and best for winning multiple prizes. Playing a session of bingo is a way of spending a good time like none other.

To play and win in bingo, players must absolutely know about winning patterns and combinations in Bingo. A single line is the easiest combination across all game variations.

Over the years, the different variants of the game including the 75-ball American bingo, the 90-ball British bingo, and many others, have led to numerous quirky and funny patterns being drawn to win prizes. However, the single line pattern is the most common and also, the most original of all. Drawing a single line is considered valid for most bingo variations today.

In bingo, pattern means that area of the playing card that needs to be covered to win the game. This pattern must include all the numbers that are being called over the course of the game. The single line is the most basic pattern, which can appear in three ways.

A vertical single-line pattern covers all the numbers appearing from the top of the card to the bottom of it. In the 75-ball US bingo, there are 5 vertical single lines that can be covered by the players. The lines without the blank space in the middle are called a single line hard way. Vertical single lines are winning patterns in the 90-ball bingo too. Here, the player needs to cover all the numbers appearing on any of the 9 columns of the bingo ticket. Of course, the lines having two or more than two numbers are considered patterns.

Here are a few questions about the single line pattern in bingo answered in brief:

What is a single line in bingo?

A single line is just one line covering all the numbers being called out in a game of bingo. A single-line pattern can be drawn faster than creating most other patterns.

Is one line a winning pattern in bingo?

Yes, one line or a single line is a winning pattern in almost all variants of bingo.

Are all bingo variations won with a single line?

Yes, a single line win is considered valid in all the bingo variations

Is a vertical line better than a horizontal line?

Drawing a vertical line is easier in the UK bingo with 90 balls because there are 9 columns on the bingo ticket and covering any of them with at least 2 or more numbers can let the player win prizes for completing one line. In the US bingo variant, however, drawing a horizontal and a vertical line pattern takes the same time for the player.

What happens if two players get a single line at the same time?

Yes, two players can get a single line at the same time, and depending on the rules of the game, either both can have equal prizes (prize/money designated for completing a single line pattern) or the prize can be split between them, if possible.