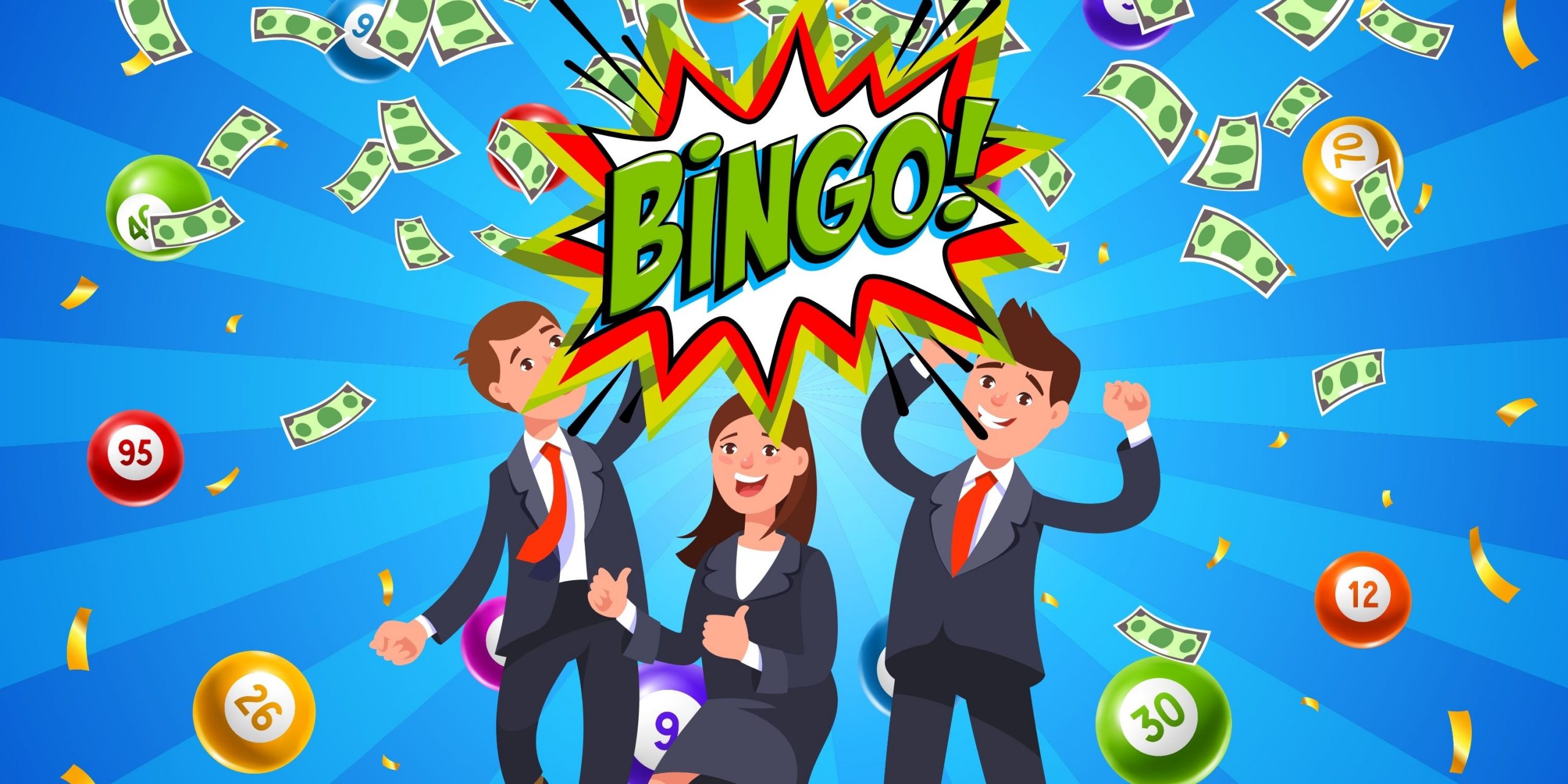 With the rise in popularity of virtual bingo sites, the number of online bingo winners hitting jackpots is also increasing. Even after almost 4,000 years, it remains one of the most popular games globally because of the chance to win big bucks with just an easy game. We wanted to review the largest bingo wins ever in the UK!

Yes, small wins are exhilarating already. But imagine winning millions of prize money. The people who had taken home enormous online bingo payouts can prove how life-changing it can be. Keep reading if you want to know more about the biggest online bingo winners.

We have created a list of the ten people who, to date, won the largest payouts from offline and online bingo and progressive slot games.

John Orchard was a 60-year-old employee from Lincolnshire when he won £5.9 million in December 2012. His win garnered so much attention as it surpassed all bingo win records at that time. He was playing on Butlers Bingo for only a couple of days, but little did he know that his life was about to change. One day, after only betting 30p, John scored the multi-million jackpot on the Dark Knight video slot.

He waited for the confirmation call before revealing the good news to his wife. He then retired from his job for good and bought a luxurious Jaguar XF. They were also able to visit their granddaughter in Canada and celebrate a sumptuous silver wedding anniversary. Until today, John Orchard’s record remains undefeated as the biggest win ever from online bingo.

With her winnings, she treated her two sons and took them to Disneyland. She also bought a £150,000 three-bed semi-detached bungalow in Halifax for their small family to live in comfortably. Despite winning a life-changing sum of money, Annie continued with her day job working in a café.

In 2012, Lisa Potter’s £5 turned to £1,364,745.23 in just a flash after winning one of the biggest payouts on Ladbrokes online bingo website. She described the experience as “surreal,” as she just played on a whim to entertain herself that day.

After receiving the money, 33-year-old Lisa took her husband and three children on a luxurious holiday and invested in a new house and a car. Prior to winning, their family from Whitney was only living off of his husband’s £30,000 salary as a mechanic, which is why she promised to keep the rest of her prize money and allot it for their future.

Christine was a chiropodist from Wales when she bagged a massive win from playing progressive slot games online. Because she enjoyed interacting in online bingo chat rooms, she decided to hop on the website in the middle of the night after having a hard time sleeping. As she played Chests of Plenty for about 20 minutes already, she got the notification that she won £300,000. But it didn’t stop there as the prize money kept on increasing up to £1.3 million. She became the game’s first millionaire and the website’s largest payout winner.

Even after the big win, Christine continued working with her career. In an article from Mirror, Christine stated that they’d spend the money on her children and grandchildren and donate a portion to charities.

Mandy Bowman, a humble farmer’s wife, was 45-years old from Moray, Scotland, when she hit the jackpot for £1.2 million in November 2016. Beforehand, she had already won £400 from an online bingo site but then decided to spend the last £3 of her wins on the progressive slot game Major Millions. That was when she struck her luck and went home with bigger prize money.

Instead of spending it on holiday, Mandy decided to upgrade her husband’s farm with building renovations and new machines. She also invested and opened up an indoor horse riding school.

Soraya Lowell, a 38-year old from Lanarkshire, was playing her usual Bingo session at their local Club3000 in Scotland when she scored the enormous £1,167,795 Platinum Jackpot for the National Bingo Game in 2008. She also split her prize money with her 60-year old neighbour Agnes O’Neill, which they have been doing every time anyone of them wins. After the game, the two celebrated at home with their family and friends until 6 a.m.

Even after becoming a millionaire, Soraya promised to continue working as a cleaner. However, there had been rumours that Soraya had filed for bankruptcy in 2012 after failing to pay taxes and debts.

When she became the first-ever Platinum Jackpot Winner, Christine Bradfield was a 53-year old shop assistant in Merthyr Tydfil, Wales. She and her sister-in-law Lorraine Williams played at the Castle Bingo club like they had been doing twice a week for 11 years when luck came to her. In January 2008, she won the National Bingo Game Jackpot, amounting to £1,101,686.

Christine wholeheartedly split her winnings with her sister-in-law, whom she considers a family friend and partner in crime. They both spent their money treating their families, and the two went on a cruise trip together. Even after bagging the jackpot, Christine decided to keep working as a shop assistant to stop herself from splurging her money.

Anita Campbell must be in a lucky winning streak when she won large payouts twice in less than two weeks. She mentioned in an interview that she had been struggling financially for more than a year prior to her winning. One day, Anita opened a Mecca Bingo account and bagged the £597,000 jackpot only hours after. Ten days later, she won another jackpot of £552,000, instantly making her a millionaire.

Anita is a mother of four, and she aimed to help her children with the money she won. Soon enough, she was able to pay for her daughter’s IVF treatment. Eventually, she left her rented property and bought her own home. Anita also bought her dad a property and paid off all the debt from his mother’s funeral.

Unlike most winners in our list, Gill from Nottingham decided to keep her identity and life private from the media after winning a large payout from online gaming. In May 2012, after spending 25p on a ticket for the progressive game Bejewelled Bingo, Gill took home the £510,049.26 jackpot. Along with her vast winnings, she also received a reward to talk to the famous Barbara Windsor. Although no one knows the specific details of what Gill did with her prize, sources believed that she spent it on her family and bought a new property.

Stephen Milnes was a 48-year old divorcee and a dad of two children when he suddenly lost his job in 2016. After only a couple of days, he decided to visit an online bingo website and try out his luck on a Major Millions Game. Well, it must have been his day as his £3 bet led him to win a staggering £265,000. He celebrated by taking his family on vacation and surprising his parents with a new car.

Unfortunately, Stephen’s rags to riches story didn’t end well as he decided to gamble the rest of his prize money to see if he could win more. He ended up losing what’s left of his winnings after only six months.

How To Be a Big Online Bingo Winner

Who doesn’t want to win massive prizes with online bingo? Whilst, let’s face it, most players lose, some do hit a big win. And here is what helped them.

The best way to win large jackpot prizes is to play games that have progressive payouts. Progressive jackpot bingo games let previous prize money carry over to the following games once there are no declared winners after a specific number of balls were drawn. It allows the jackpot to accumulate and grow up to millions of pounds. Two examples of these are Wink Bingo’s 90-ball progressive game and Playtech’s Jackpot 75. Here is some information on seeds or base progressive jackpot payout of these websites’ progressive games:

Before putting your money down, you always have to ensure that the sites you’re playing on are 100% legitimate. Here are some signs that a bingo website offers a legitimate payout:

Buy as Many Tickets as Possible

The truth is, there are no secrets to winning bingo as it is purely a game of chance. However, you can increase your odds of winning the games or getting a coverall even with a few drawn numbers if you purchase as many tickets as you can. The same goes with patterns and lines—the more cards you have, the higher the possibility of completing any pattern faster than other players.

Fortunately, for online bingo sites, everything is automated. This makes playing several cards or tickets more manageable and more enjoyable since the machine will do the marking for you. You can even purchase the maximum amount of tickets allowed to maximize your chances. Keep in mind that every online bingo site has different limits on up to how many cards a player can buy. All you need to do is wait for one of your cards to score a win.

All of these online bingo winners prove that it is possible for anyone to win hefty payouts and change their life just by playing the game. You just have to make sure that you’re playing it right by using the best online bingo apps and websites and following great strategies. Who knows? You might be the next one to bag one of the biggest online bingo payouts.